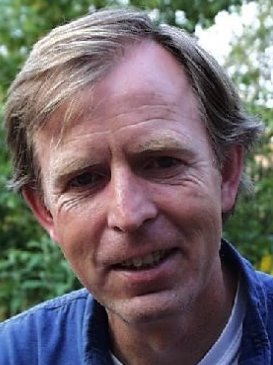 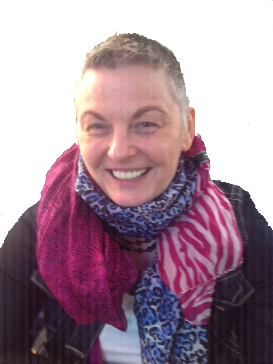 How did you come to homeopathy?

During a retreat in a monastery I had a series of dreams that more and more pointed towards homeopathy as a vocation. When I then inquired, I found out that the kind of case-taking I already did was very similar to looking for the essence in a case, and that homeopathy offered me the tool I was looking for.

2007 – today          CEO of the Amma Resonance Healing Foundation; setting up projects in developing countries for treating AIDS and other epidemics as also trauma

2006                      Designed and coordinated a data-collection protocol in cooperation with the Ministry of Health in Bangui, Central African Republic

2012          Co-author of ‘Homeopathy for Diseases – vital remedies for epidemics, trauma and chronic diseases’.

2000          Author of ‘Miasms in Labour – a revision of the homeopathic theory of the miasms – a process towards health’, Stichting Alonnissos, Utrecht, Netherlands (translated

1995 - today          Publication dozens of articles on homeopathic treatment and philosophy

Development and conduction of study courses for medical students (1980-1982); teacher of medical sciences at the Utrecht Academy for Reflexology (1985-1987); designer of teaching curriculum for the Utrecht Academy for Reflexology (1987); teacher for the Dutch Training for Homeopathic Doctors (1998-2006), the Homeopathic Academy in Amersfoort (1998-2006), Clemens von Boenninghausen Groningen (1992-2002), The Indian-Dutch School of Homeopathy (1994-1997), The Czech Society of Homeopathic Doctors (1996-2006). Homeopathic seminars given in several European countries, Israel, India, Africa, USA and Japan.

Editor of several books and hundreds of articles on homeopathy

Three books on homeopathy, dozens of editorials and a wide range of articles and manuals; author of two novels

Corrie Hiwat, Jean Pierre Jansen and I worked together closely in the Stichting Clemens von Boenninghausen in Groningen. When Jean Pierre was asked whether he was interested in becoming editor of LINKS we decided to carry that responsibility together. Later Jean Pierre decided to stop. Corrie is still involved as editor together with Jenni Tree while I am overall responsible for the content.

You have the importance of birth studied and experience in homeopathic case taking and to publish two books. Could you show us to what insights that could potentially arise?

What I discovered is that there is a very strong analogy between the birth process and the homeopathic miasms. It showed to me that the miasms are actually instrumental to evolution and that in the past we had only described the negative, disease related side of them, but that in reality they are connected to major steps in human development. The microorganism connected to them should therefore be seen as teachers of mankind, and chronic diseases connected to them as an expression of an extended learning process, either on an individual level or on a collective level.

For homeopathic case-taking it taught me that in the birth history the simillimum can already been found. Birth is as it were a blueprint of the life that will follow and shows the main dynamics.

Any meaningful process or conflict later in life will show the same features, pace and dynamic.

What is your theoretical basis for understanding the role and purpose of the individual and collective diseases in the process of human evolution.

what does this mean in practice?

It means in practice that we should address collective derangements of the vital force more. This means prevention and treatment of epidemic diseases and relief of collective trauma. Unresolved epidemics and trauma result in chronic diseases which are much more complicated to treat.

It also means in practice that we need to better detect the miasmatic history in a case: the infections, intoxications and forms of psychological and physical trauma in patients and ancestors. Without addressing these a patient may relapse again and again even though the individual simillimum may be correct.

Your knowledge gained - how you put into the project?

Since 2004 Harry epidemics to treatment, trauma and widespread diseases in developing countries has been improving in projects in Africa, the homeopathic treatment of AIDS and other epidemics and in 2007 he participated the Amma Resonance Healing Foundation co-founded, focused

what would you like to saY about AIDS & HOMEOPATHY?

AIDS is the most simple condition I have ever treated thanks to the PC Resonances. The results with PC1 in Africa are close to 100%. AIDS is an amazing force for change in Africa as it influences tribal customs and gender roles in a positive way. AIDS is a teacher of love, as only with love, care and respect for yourself and others can one prevent getting sick and infecting others. Antiretroviral drugs expand life expectancy but also suppress the disease and Suppression also worsens AIDS itself as diseasing agents become more dangerous under the influence of drugs that try to kill it. With homeopathy we can reduce suffering enormously, save many lives and actually help to fulfil the role and purpose of the disease

What is for you the main idea, and how do you assess the situation today after 12 years in the project?

AIDS is not the main problem actually. The strong belief in the allopathic way of killing diseasing agents as a solution to epidemic diseases is a bigger problem. The invested interest of Big Pharma and the way the pharmaceutical industry influences governments is another problem. With PC1 we have now treated tens of thousands of AIDS-patients and by keeping under the radar our partners in Africa can do their work. Slowly Africa becomes aware of the limitations and dangers of ARVs and by the time authorities will be open to look at alternatives we intend to have sufficient data and a strong network of health professionals to bring about change at a larger scale. It would only take a fraction of what is currently being invested in AIDS in Africa to reach all HIV-positive people in Africa and give them PC1.

We have also realised that malaria is actually an even bigger problem as the frustration that belongs to the malaria miasm cripples Africa and causes all sorts of initiatives to fail.

We have therefore made malaria prevention a big priority. In 2015 we reached about 100,000 children with the Africa Malaria Prevention Project. What we see is a huge drop of the incidence of malaria as a result.

Absenteeism at participating schools drops by about 80%, which shows how big the influence of malaria is. This year we will at least reach 200,000 children and we hope to double the amount each and every year.

which requires the project to support - what would you wish?

Of course we need money. With a donation of €10 per month we can provide malaria prevention to a complete school. Treating an AIDS patient costs about €1,- per month. Our strategy is to train Africans so they can treat and prevent themselves. To send a volunteer to Africa to bring training and supplies costs at least €1,000. A very valuable investment as their trainees can reach thousands of patients.

Besides money we welcome volunteers to train and treat in Africa or to help out with the many things that we need to do as a foundation: translations, websites, fundraising etc.

How do you see the future of homeopathy

I see homeopathy to be much more active in dealing with epidemics and trauma. It is what we do best. Look at the data from homeopathic hospitals from over a century ago and it is clear how effective homeopathy is in epidemics. We’ve made huge improvement in individualised treatment of chronic diseases, but without addressing their causes with homeopathy as well it is wasted energy.

What is your attitude because Homeopathy skeptics?
What would be your arguments to convince them?

I don’t want to convince anybody but just do my own work. I think it is a waste of my time and energy trying to convince people that don’t want to be convinced. That doesn’t mean though that I don’t value colleagues that try to improve our position politically and scientifically. They are doing an amazing job and I am grateful that they do it.

Was bedeutet das in der Praxis? 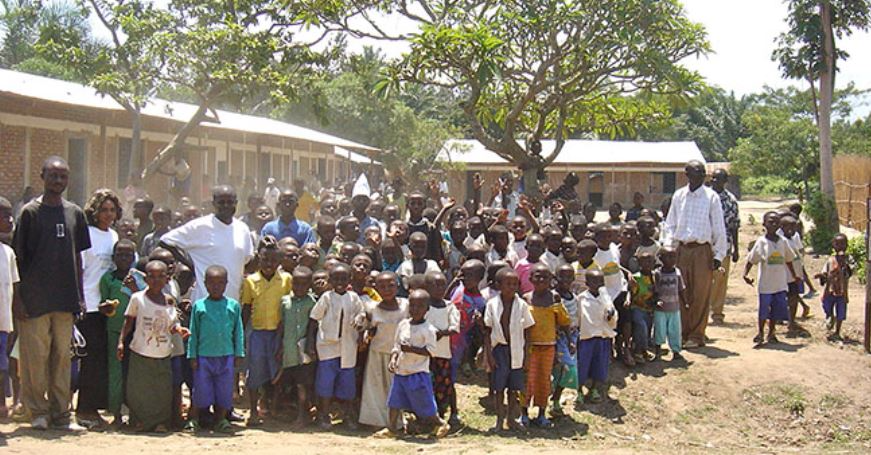 In this video Harry gives instructions on a highly effective, safe, low-cost, low-skill and sustainable way of treating epidemic diseases and relieving trauma, which has been successfully used in tens of thousands of cases in Africa and other rural areas... 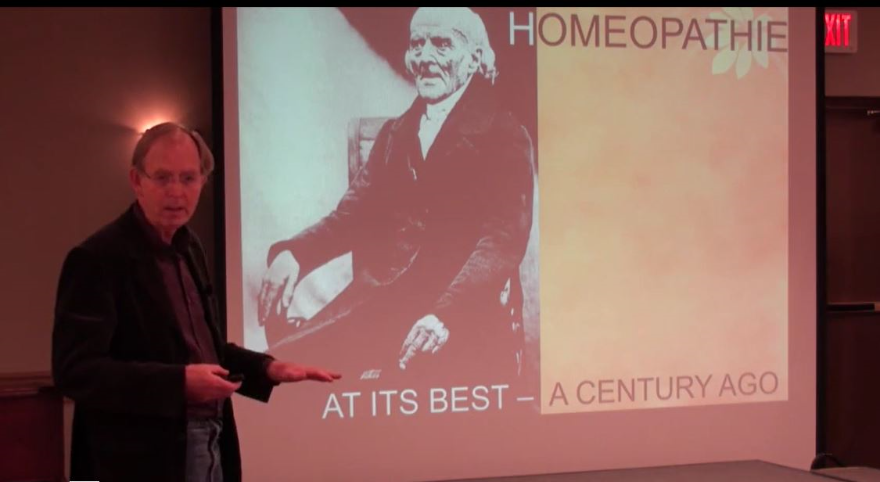 You want to add something else to the readers of prOHOM?

Homeopathy is the art of living in the here and now, free from a troubling past and fears for the future. Trying to give that freedom to a patient is a beautiful thing. Above all I hope you find it for yourself.

Thank you very much Anja for featuring and supporting our work.